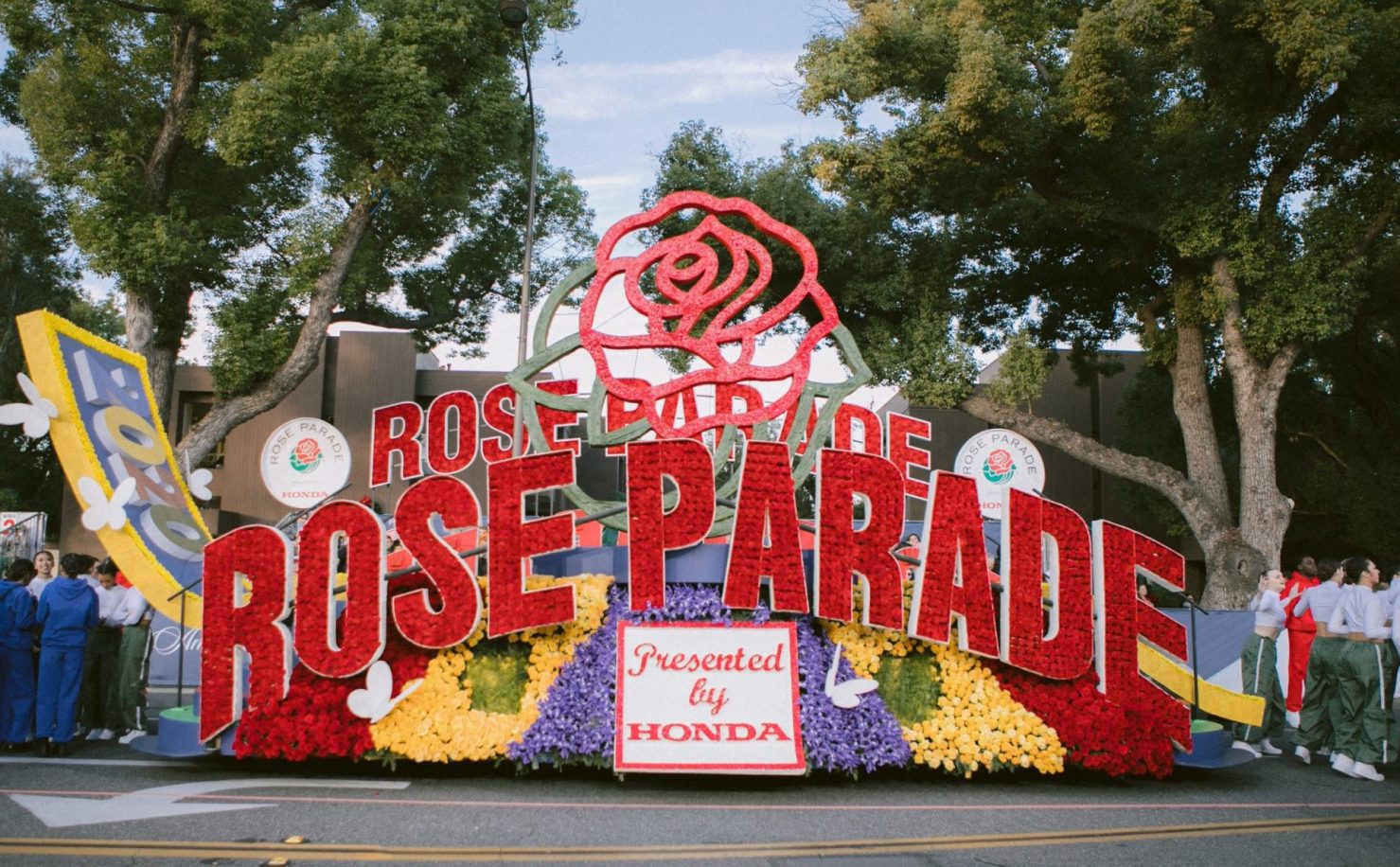 The 133rd Rose Parade, as always, will run on Saturday, Jan. 1, in Pasadena. | TOURNAMENT OF ROSES PHOTO
Home
Education
In EducationRegional News

EL CENTRO — Laura Dubbe, superintendent of the McCabe Union Elementary School District in rural El Centro, will ride on the Rotary International float in the 133rd Rose Parade on Saturday, Jan. 1, thanks to the fundraising efforts of the Rotary Club of El Centro, according to a press release.

Dubbe will be one of three individuals representing education who will ride on this year’s Rotary float, stated Rotary’s Jennifer Thomason, who led the El Centro Rotary Club’s fundraising efforts for the float, in the release. This year, the theme for the Rotary float is “Changing Lives Through Education,” which aligns with one of the organization’s areas of focus: Basic education and literacy.

A 16-foot-tall owl reigns over the Rotary float to embody both the spirit of self-improvement and the organization’s determination to make the tools of education available to everyone across the globe. Books, a quill and a hybrid apple/globe to symbolize the importance of education throughout the world help fill out the colorful float.

At a recent El Centro Rotary Club meeting, Dubbe said she felt honored and humbled that she was invited to ride on the float.

“I never dreamed something like this could happen,” she said. “As an educator for 30 years, I am just very honored.”

Thomason spurred the El Centro club members to contribute to improve the chances of having an Imperial Valley educator selected by the float organizers to ride in the parade. Dubbe was nominated by an El Centro club member. And the Rotary float organizing committee selected Dubbe’s name in a random drawing to ride on this year’s Rotary float. This is the 42nd year Rotary has had a float in the Rose Parade.

“Our club members wanted to honor the excellence of local educators through our contributions to the Rose parade float,” El Centro Rotary Club President James Garcia stated in the press release. “Getting Laura Dubbe to ride on the Rotary Rose Parade float is just one more example of what Rotarians can accomplish when we work together.”

Dubbe, an El Centro native, became superintendent of the McCabe Union Elementary School District in 2015. Previously she served as the district’s principal. She has also worked as a teacher, a resource teacher, and an assistant principal during her career.

Following completion of a Master of Arts degree in Educational Leadership with an Emphasis in Special Education, Dubbe spent four years as a resource teacher for the National Science Foundation to implement an inquiry-based, hands-on science program for about 22,500 K-8 grade students and 1,100 teachers in 14 school districts.

Dubbe participated in Leadership Academies at California Institute of Technology in Pasadena, the Exploratorium Museum in San Francisco and Tufts University in Boston. In addition, she has led presentations at state and national conferences.

As McCabe’s superintendent, she cultivates leadership in others through her commitment to academic success for all students, according to the press release. In addition, she values continuing her professional development through her membership in the Association of California School Administrators.

“On behalf of the El Centro Rotary Club, I hope you will join us in feeling a sense of pride for Imperial Valley educators when see the Rotary float head down Colorado Boulevard during the broadcast of 133rd Rose Parade that starts at 8 a.m. Saturday, Jan. 1, 2022,” Garcia said.

Previous
COLLEGE: Jimenez Running at the Next Level