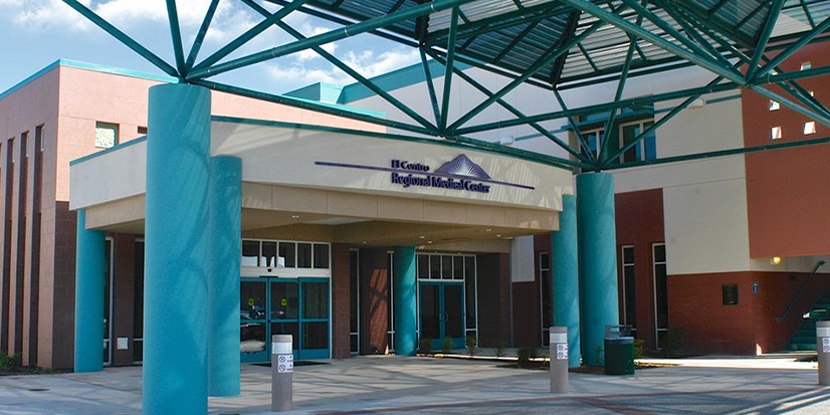 The lobby entrance of El Centro Regional Medical Center is shown. Effective Tuesday, Nov. 30, ECRMC has once again banned all patient visitors to the hospital campus as COVID cases rise again and the hospital braces for a new variant now emerging outside of the United States. | COURTESY PHOTO
In Business

EL CENTRO — El Centro Regional Medical Center has named Luis Castro as its chief operating officer. In his new position, Castro will be responsible for hospital-wide operations including management and planning, according to an ECRMC press release.

Castro will work with leaders from nursing, compliance, quality, strategy and finance to ensure ECRMC meets the needs of patients, physicians, staff and the community, the release states. He began his career in human resources and management in the private sector before joining ECRMC in 2005. He has served in a variety of roles throughout the organization and was most recently chief human resources officer.

“I am excited to take on this position and expand my responsibilities,” stated Castro. “I am proud of the work we do at ECRMC and look forward to taking on a bigger role with the organization and seeing us continue to grow as we serve the Imperial Valley community.”

“Luis has been a valuable member of our team for the past 16 years,” said Dr. Adolphe Edward, chief executive officer of ECRMC, in the press release. “We believe having Luis in the COO role will help keep our hospital moving forward. His expertise and commitment will further establish our hospital as the leading healthcare facility in the region.”

Next
Brawley Couple in Murder-Suicide Had Troubles, Neighbor Says