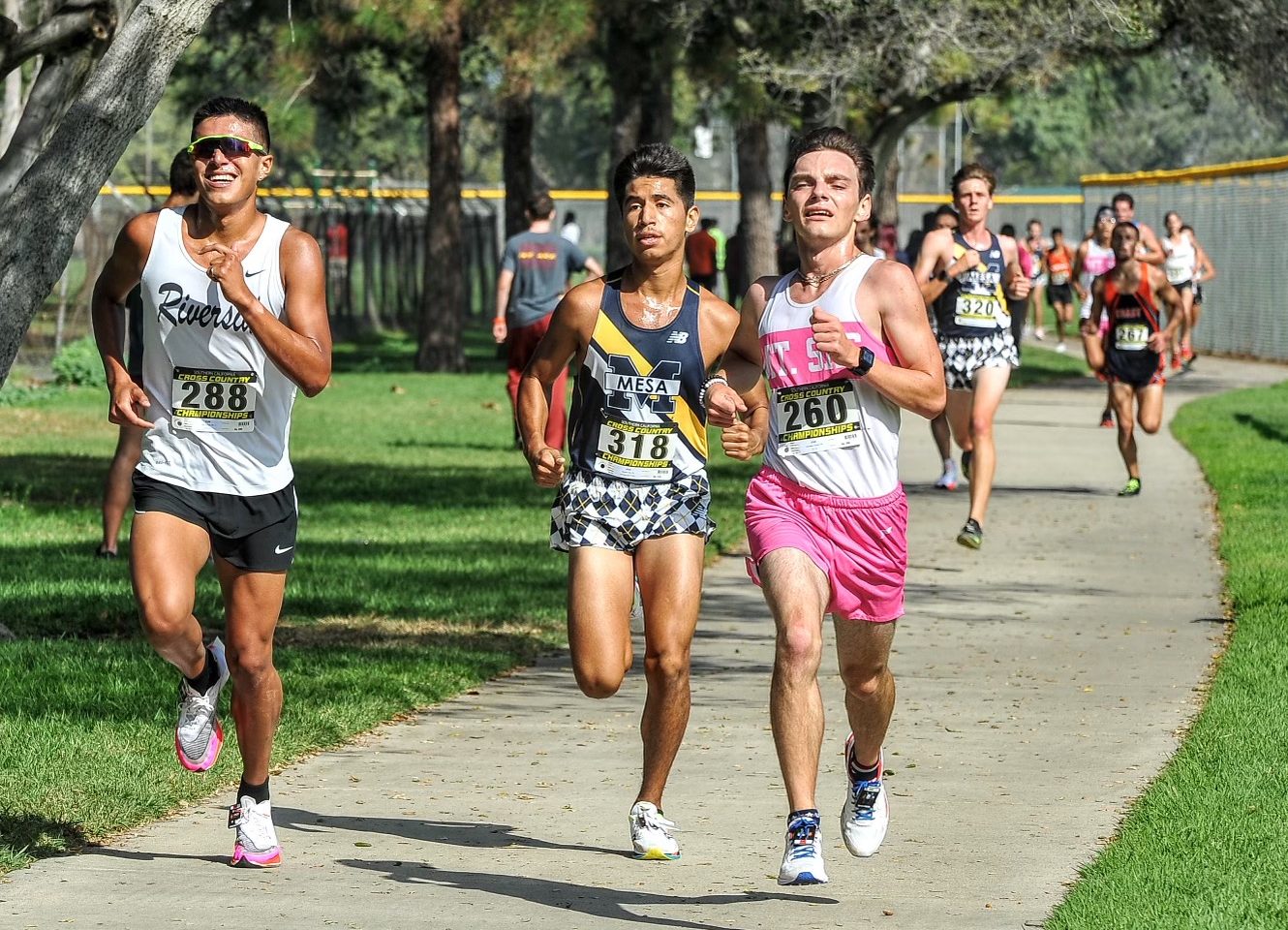 COLLEGE: Jimenez Running at the Next Level

SAN DIEGO — Alan Jimenez thought his running days might be over when he graduated from Holtville High School in June.

The graduating senior had set school and Imperial Valley League records in cross country and dominated in the track and field distance events. But with no full-ride scholarship offers to four-year colleges, he wasn’t sure he was going to get a chance to run at the next level.

“I had some partial scholarship offers but I didn’t want to be a financial burden to my parents,” said the 18-year-old Jimenez. “I’m not the type of person to ask my parents for money. I wanted to be financially independent.”

In June, toward the end of his track season, Jimenez spoke to San Diego Mesa Community College cross country coach Sean Ricketts and it seemed like a perfect fit. He could attend school, get some financial aid, and a part-time job and run for the Olympians.

In September, Jimenez packed up and headed up the hill to run for San Diego Mesa.

“I really wanted to come here. It’s a very good school academically and athletically,” Jimenez said. “This team is so competitive and the training is different than what I was used to. It’s helped me a lot.”

The training has helped Jimenez so much he finished sixth at the Pacific Coast Athletic Conference championships in late October, earning himself All-PCAC honors.

The San Diego Mesa program is a power in the cross country scene, regularly competing against four-year schools and often beating NCAA Division I squads at large invitationals.

The Olympians competed in the Highlander Invitational in Riverside in October, hosted by the University of California, Riverside, and finished eighth. The finish was ahead of teams like New Mexico State, UC Irvine, Dixie State from Utah and the host school UC Riverside.

“The program is so good at this school, I know it’s preparing me to run for a four-year school,” Jimenez said. “There are a lot of Division I coaches at these bigger invitationals we go to so there is opportunity to be seen.”

After winning the PCAC championship, San Diego Mesa went on to win the Southern California Championships in Fountain Valley and then won the state championship in Fresno on Nov. 20.

He had to settle with being an alternate at the state meet.

“It was a bitter-sweet experience. I had just run my fastest race of the season at the regionals and was an alternate at state,” Jimenez said. “But I respect the coach and his training. It teaches discipline and that’s what you have to have to be successful in this sport.”

His fastest time in the 4-mile run was 20 minutes, 22 seconds. It’s a bit longer that the 3.1-mile runs he was dominating in high school.

Coming up in February, Jimenez will begin running with the San Diego Mesa track and field team. He said he expects to compete in the 800-meter and 1,500-meter races.

“I love being at this school. It’s a whole new experience for me,” Jimenez said.

Next
El Centro Rotarian to Ride in 133rd Rose Parade