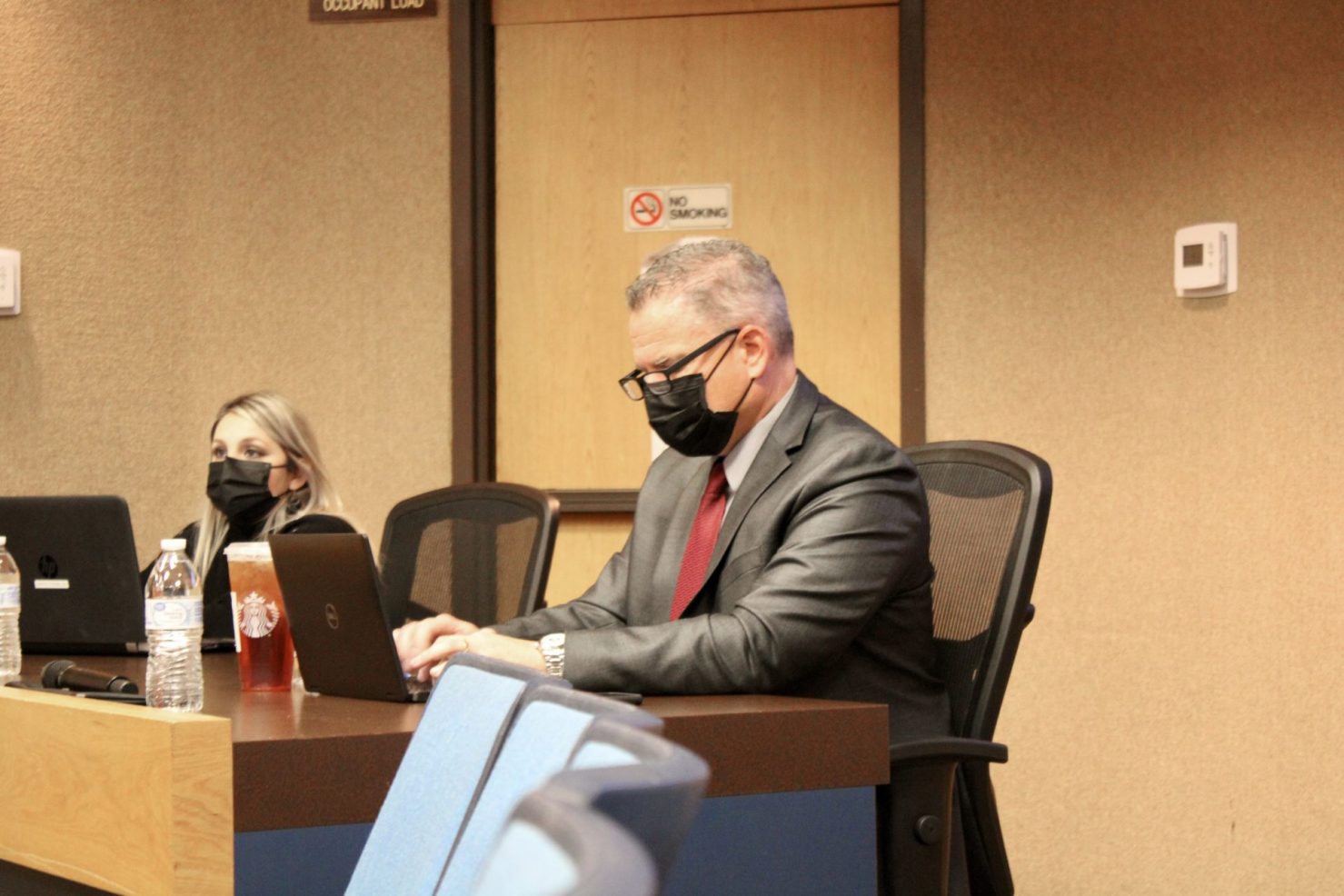 EL CENTRO — The Imperial County Board of Supervisors bid farewell to County Executive Officer Tony Rouhotas Jr., thanking him for his leadership and guidance through the pandemic, during the final county board meeting of 2021.

“I will save and keep my comments for him personally, but I would like to make it very public that, especially during COVID, as I was a (Board of Supervisors) chair, and as I continued to serve in this board, I couldn’t have not had a more caring, capable, honorable, knowledgeable and proactive person in that role (of CEO),” District 2 Supervisor Luis Plancarte said during the meeting on Tuesday, Dec. 28.

All the supervisors took a moment to thank Rouhotas for his dedication to the county throughout the pandemic, attributing his long career working as an emergency responder to his success leading the county through this prolonged state of emergency.

“Tony, I just want to thank you personally for your hard work, managing this pandemic … I think part of your experience as a first responder firefighter, really helped to manage this county and run it the way it should during the pandemic and keeping all the services going,” District 5 Supervisor Ray Castillo said. “So I think (you did) a commendable job, and we’re gonna miss you.”

Rohoutas, who was responsible for 26 departments comprised of more than 2,400 staff members, announced to the county board his intent not to renew his contract on Nov. 16. That contract ends on Friday, Dec. 31.

While Imperial County Chief Public Defender Ben Salorio was announced as interim CEO on Dec. 14, the loss of Rouhotas’ experience and leadership could create some difficult challenges for the county as both COVID and the controversies around managing the disease still rage on.

Rouhotas was the Imperial County fire chief before ascending to the CEO position in December 2017. In the position, he is responsible for 26 departments comprised of more than 2,400 staff members.

He was hired as CEO on Dec. 30, 2017, after serving as fire chief and coordinator of the Office of Emergency Services for nine years. He joined the county for the first time in 1992 as a reserve firefighter, where worked up through the ranks as a firefighter/paramedic, fire captain, deputy fire chief/training officer, and assistant fire chief.

Aside from dealing with the pandemic, some of Rouhotas’ highlights was how he helped to guide Imperial County through the process of rebuilding the Imperial County network systems after a ransomware attack in April 2019 all but crippled the county, at least taking parts of the system offline for several weeks. Hackers attempted to exhort $1.2 million in bitcoin from the county, but rather than acquiesce, the Board of Supervisors fought back and rebuilt the network.

He was an Imperial County native who graduated from Brawley Union High School.

Next
COLLEGE: Jimenez Running at the Next Level