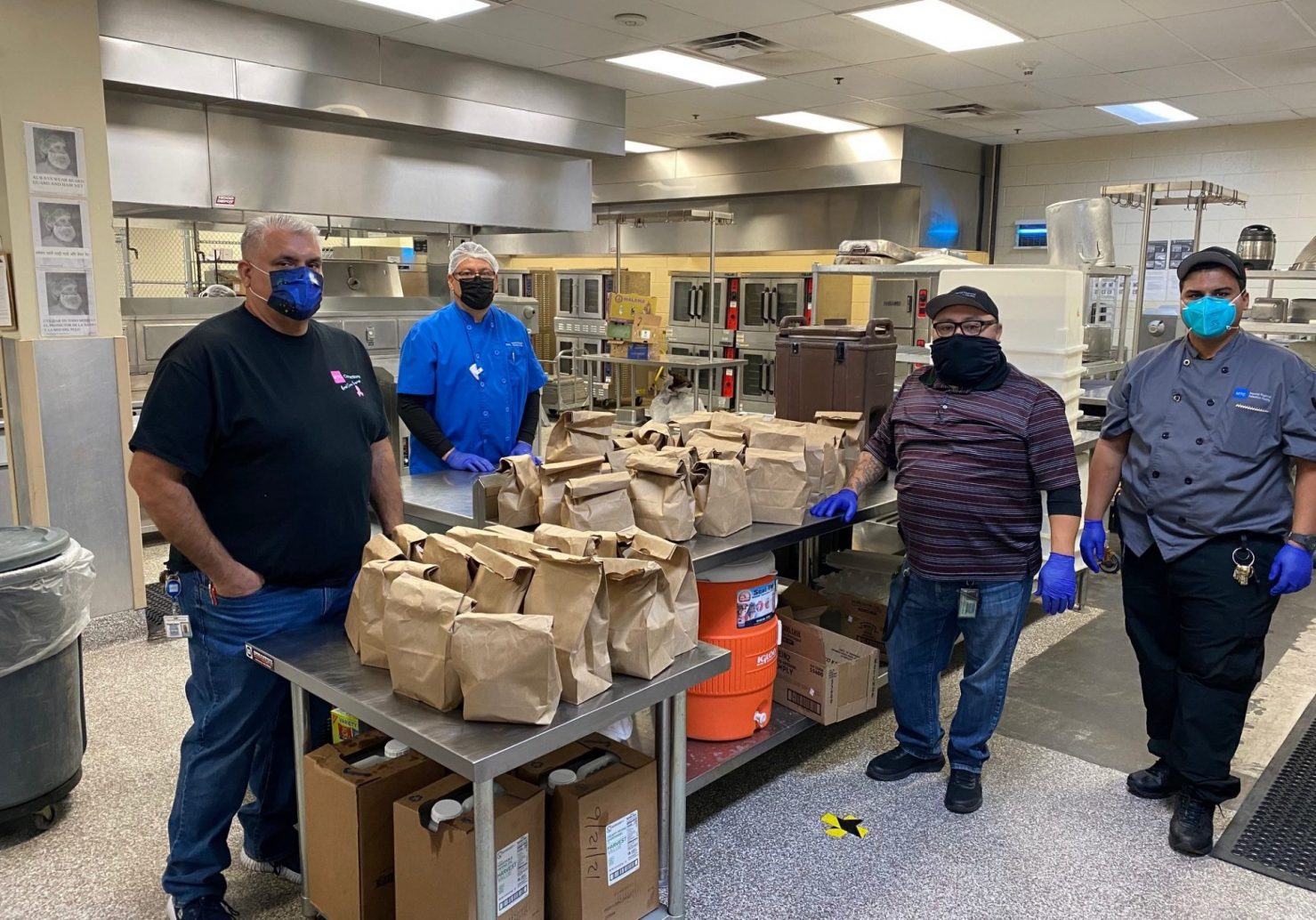 Imperial Regional Detention Facility staff took part in several efforts throughout the fourth quarter to help combat homelessness by feeding the hungry in the communities of Calexico and El Centro and donated to the Imperial Valley Food Bank, the Salvation Army and House of Hope Women’s Shelter. | PHOTOS COURTESY OF IMPERIAL REGIONAL DETENTION FACILITY
Home
Community Briefs
In Community Briefs

CALEXICO — In its year-long effort to give back to the community, Imperial Regional Detention Facility undertook a project to help battle homelessness in Imperial County during its fourth quarter, which brought the organization closer to the community as it reached out to new organizations and made some new partnerships, according to a press release from Management and Training Corp., operator of Imperial Regional Detention Facility.

The fourth-quarter project was one of four major service projects IRDF spearheaded this year in celebration of Management and Training Corp.’s 40th anniversary. During the effort, IRDF staff fed the homeless communities of Calexico and El Centro and donated to the Imperial Valley Food Bank, the Salvation Army and House of Hope Women’s Shelter.

Other projects during the year included:

MTC was founded in 1981with a mission to help at-risk, underserved men and women change their lives through education, job training, and life skills, according to the MTC press release.

“We want to deeply thank our staff and community partners for helping us make a social impact in our community this year,” stated Rolando Trevino, IRDF administrator, in a press release. “It’s been so rewarding to invest in our community. We have great people in this area and look forward to contributing to other worthy causes in the future.”