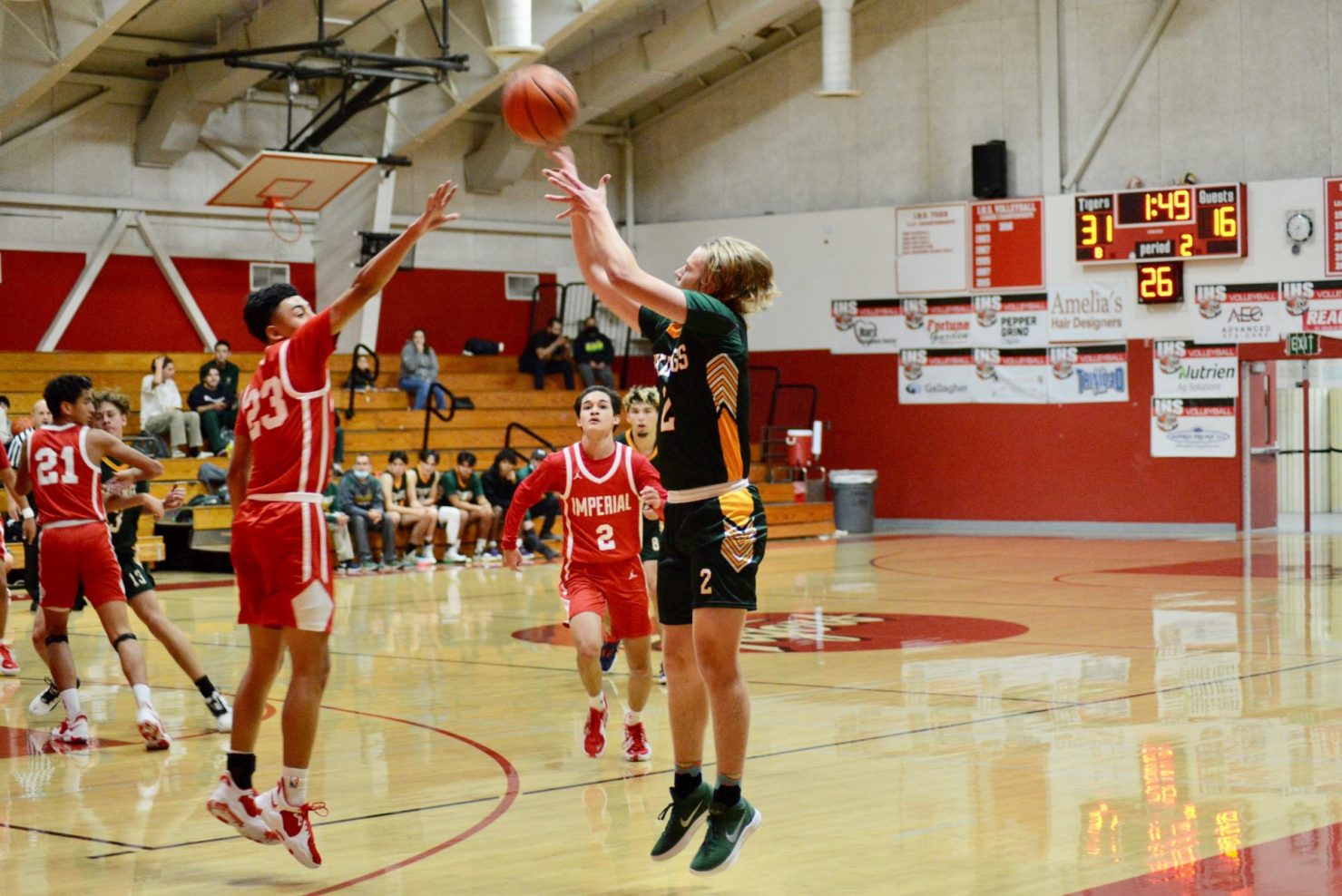 Holtville Readies for the IVL Season

IMPERIAL — The Holtville High School boys basketball team is heading into the Imperial Valley League season with a young, inexperienced roster that has had its struggles during the nonleague season.

The Vikings (2-6 overall) finished their nonleague schedule on Tuesday, Jan. 4, at Imperial. After a good first quarter, the young Holtville team turned the ball over too much in the second period and were outscored 21-5 after leading 14-12 at the end of the opening quarter.

Down 33-19 at halftime against the Tigers, the Vikings were outscored 20-13 in the third quarter and trailed 53-32 entering the final period.

“We just have way too many turnovers. We’re taking opportunities away from ourselves and giving them to the other team,” said Tony Ramos, Holtville’s 11th-year head coach. “Our defense has been OK this season, we’ve just really struggled on offense.”

The Vikings lost to the Tigers 63-48, getting 15 points from junior guard Angel Perez, 11 points from senior Roger Rolfe and nine points from sophomore John Chambers.

“With IVL starting we have to be more productive with our offense,” Ramos said. “We lost a lot of seniors from last year so it’s been a learning process for the younger guys.”

The Vikings have been without the services of senior Dorian Maize, a second-team All-IVL performer from his junior year. Maize is recovering from a hamstring injury that has seen him yet to play a game this season.

“I know we’ll be better when Dorian comes back,” Ramos said. “Coming into the season he was going to be key for us and without him we’ve obviously struggled to score points.”