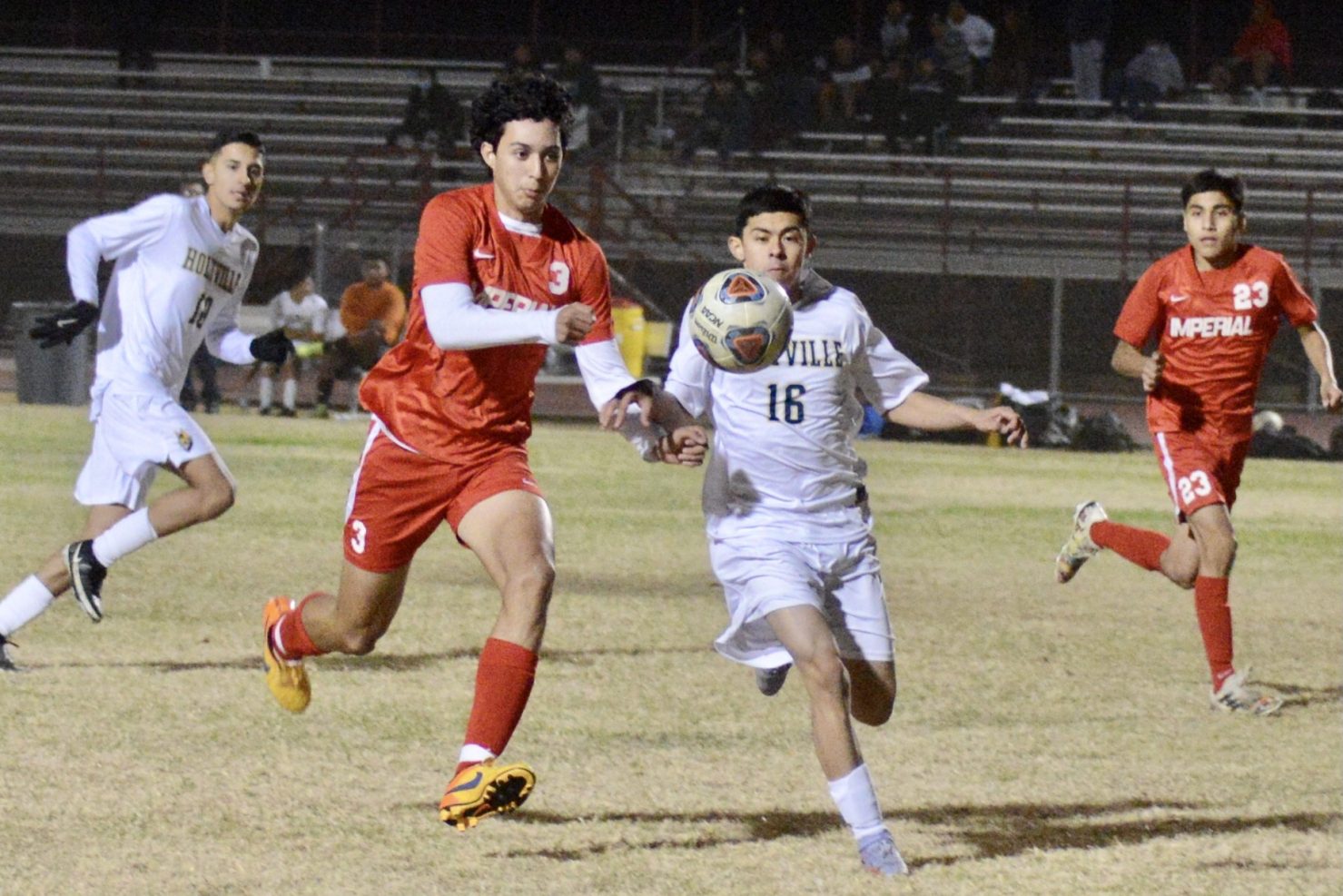 The Vikings (7-6-1 overall) got on the scoreboard first when junior Bryan Aguirre was able to find sophomore Juan Carlos Rodriguez open in the box and Holtville’s leading goal-scorer was able to find the back of the net for a 1-0 lead.

Holtville maintained that 1-0 lead through the first half thanks to some outstanding goalkeeping from sophomore Bryan Padilla. The Tigers had three shots-on-goal that were thwarted by Padilla in the opening half.

The Tigers’ Ethan Gonzalez followed with a goal to put Imperial ahead 3-1 and then he got his second of the night late in the half to make the final, 4-1.

The Vikings didn’t wait long to get back on the winning track, heading to Calipatria on Thursday, Jan. 6, and scoring a 7-1 nonleague victory.

Rodriguez and junior Rafael Gonzalez led the way with two goals each against the Hornets while sophomore Jesus Lopez, senior Gael Quintero and sophomore Jacob Tumbaga had one goal each.

Tumbaga led the Vikings with two assists while Gonzalez, Lopez and Quintero each had one assist.

The Vikings begin Imperial Valley League action at 6 p.m. on Friday, Jan. 14, when they travel to Cal Jones Field in El Centro to take on Central Union High.

Next
GIRLS SOCCER: Bulldogs to Open League vs. Eagles