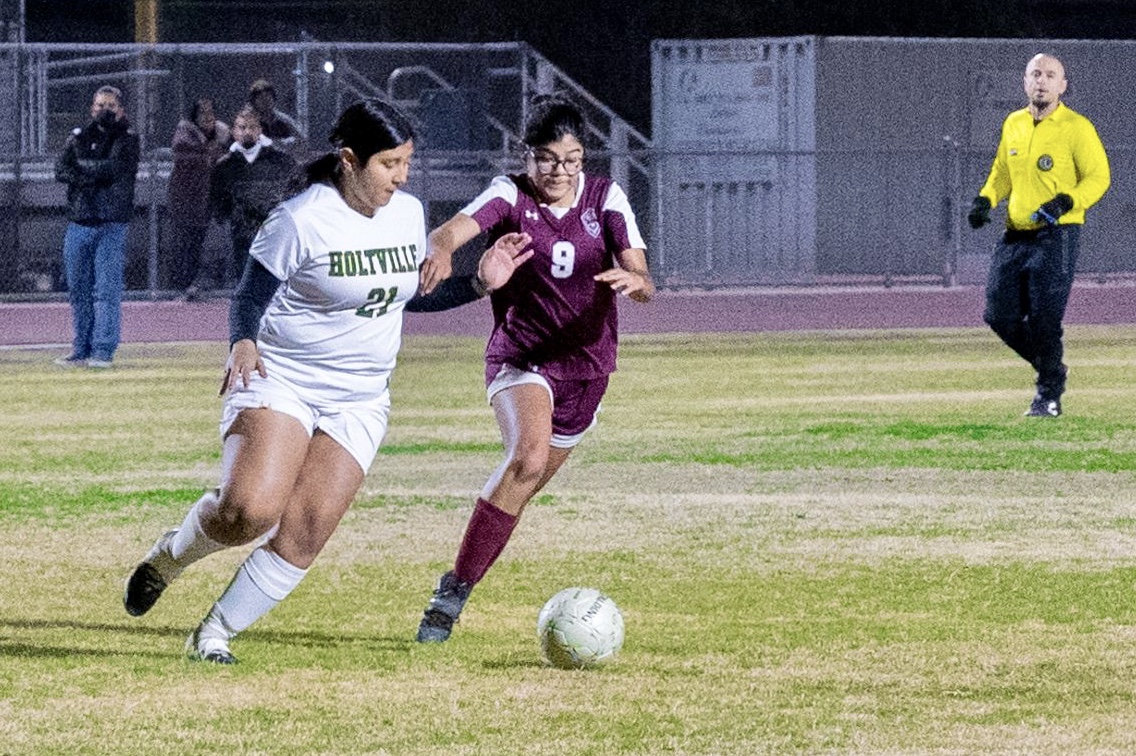 CALEXICO — When the Desert League girls soccer season kicks off on Friday, Jan. 14 look for the Calexico High School team to be ready for a battle as visiting Southwest will be first up for the Bulldogs, set for 6 p.m. at Ward Field.

“I tried to select a very competitive schedule this season and we’ve seen how the girls have improved,” said Yordan Rivera, Calexico’s fifth-year head coach. “You can see the progression and how these girls are getting better and better.”

Against San Luis, the Bulldogs jumped out to a 2-1 halftime lead en route to the nonleague victory. Calexico got two goals each from freshman Amy Garcia and sophomore Yaireth Uriostegui.

It was Garcia who had the game-winning goal in the final minute to push the Bulldogs past the Sidewinders.

“That was our most competitive, thrilling game we’ve had all season,” Rivera said. “We jumped on top early and then fell behind in the second half but the girls kept pushing and we were able to pull it out in the end.”

“It was a defensive battle,” Rivera said. “Both teams had their chances with Holtville missing a penalty kick, but for us it was just one of those games where the ball wouldn’t go in the net.”

For girls soccer, the Desert League consists of Calexico, Southwest, Palo Verde Valley High of Blythe and Vincent Memorial Catholic High. The Bulldogs defeated the Scots in a nonleague matchup (8-1) in December and while they haven’t played Palo Verde, Holtville has twice beaten the Yellowjackets by identical 5-0 scores.

“Our goal from the beginning of the season has been to win every game in league,” Rivera said. “It’s been our primary objective and it’s definitely what the girls have been aiming for since we kicked off the season.”

After opening the DL season on Friday against the Eagles, Calexico will travel to Escondido on Tuesday, Jan. 18, for a 5:30 kickoff against Classical Academy, followed by two DL contests next week, at Palo Verde for a 6 p.m. start on Wednesday, Jan. 19, and against Vincent Memorial at 6 p.m. on Friday, Jan. 21.