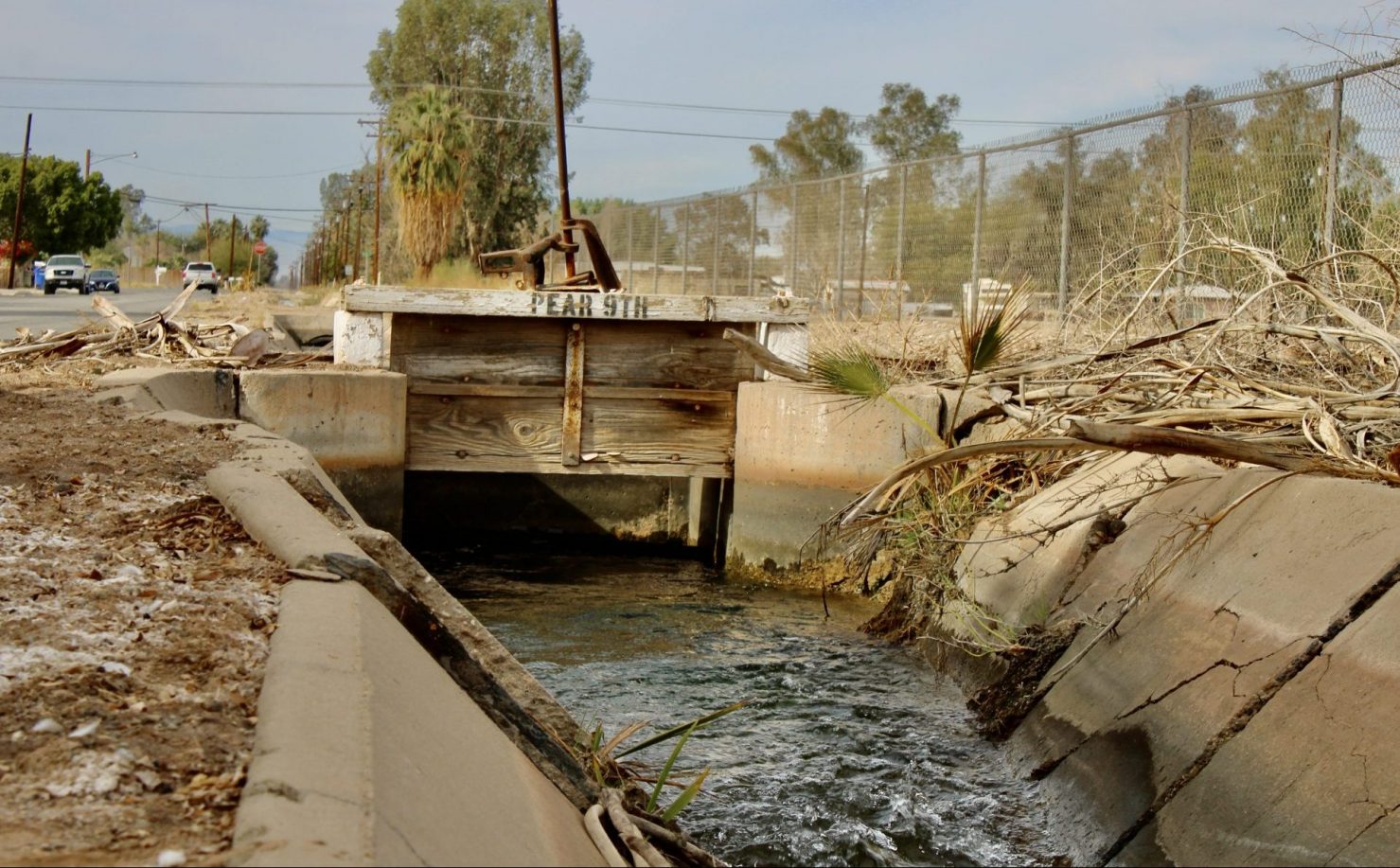 One of the control gates for the Pear Canal sits along Ninth Street as cars zoom past on Wednesday, Jan. 12. | MARCIE LANDEROS PHOTO
Home
Regional News
In Regional News

No. 1 Priority of City, Mayor Pacheco is Pear Canal Undergrounding

“(ICTC) gets nervous if we haven’t adopted a new plan every couple of years, so we just updated our previous plan, and you know, I put projects on there for them to specifically fund, and we always, on that five-year plan, have a catch-all that says various streets around town, so it kind of leaves the door open for us to do anything we need to do,” Holtville City Manager Nick Wells in an interview on Tuesday, Jan. 11.

The City Council approved the plan during its first meeting of the year on Monday, Jan. 10.

The county Transportation Commission is a local governing agency that provides leadership in transportation projects and programs, including holding the responsibility of allocating state and federal funds to cities for projects, sometimes on a competitive basis.

Wells said he was confident the projects the city would be applying for would be funded, despite the competitive nature of the funding, citing that in previous funding cycles, ICTC has allotted certain amount of funding for each city.

“There is an application process and everything, but they usually set money aside for each of the cities, so as long as the projects meet the criteria … they generally get funded,” Wells said.

The priority for funding for the city will come in the form of two projects, the covering of the Pear Canal on Ninth Street between Olive Avenue and Melon Road, and then the widening of Ninth Street after the canal has been enclosed.

“Our No. 1 priority is that the last section of the Pear Canal. That’s an open ditch in the city limits, and its over on Ninth Street, between Olive (Avenue) and Melon (Road). And so, we’ve made a deal with the (Imperial Irrigation District) to underground the canal, so we’re going to then come behind that project hopefully and put sidewalk curb and gutter and widen the street,” Wells said.

The choice to focus on the enclosing of the canal came as no surprise to those who know the city’s new mayor, Michael Pacheco, who promised to make the covering of the canal his focus during his time as mayor, citing safety concerns, in an interview on Dec. 13.

For Pacheco, who also serves as the Imperial Irrigation District’s Water Department’s manager, it was an issue within his community that he was painfully aware of and had the ability to help fix.

Pacheco expressed his excitement at being able to start the process during an interview on Jan. 11.

“Safety is our top priority at the city, so it is good to see this project get started since it will make the city safer for our residents and visitors,” Pacheco said. “We are really excited about getting it enclosed.”

There is no clear fiscal impact for the city, since it is so early in the application process, but ICTC will require an 11.47 percent match from the city for any funds provided to the city for transportation projects. The application for the project is due Feb. 25, and after that, all the city can do is wait to hear whether their project is among those chosen to be funded.